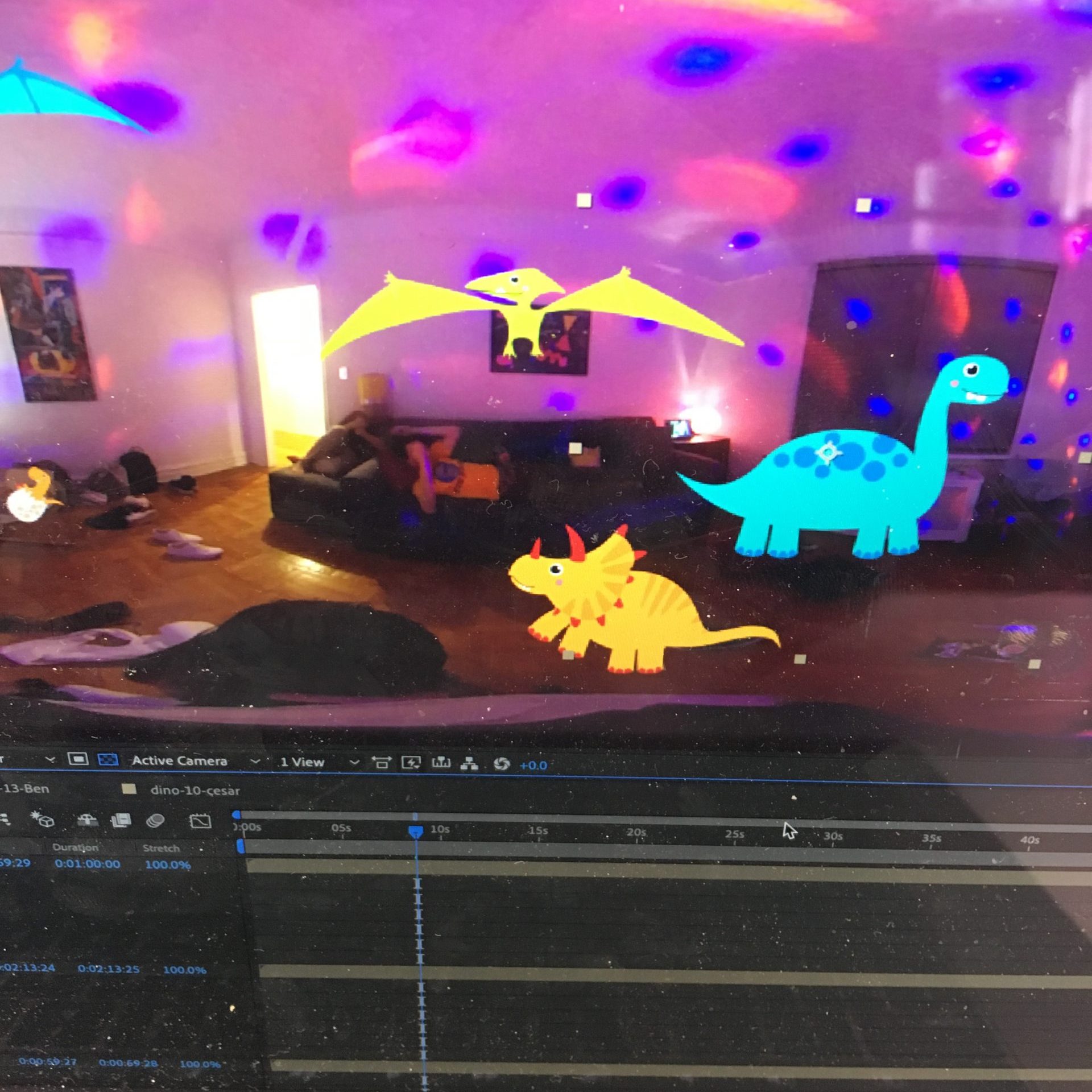 For the after effects animation project, I worked with Rae and Tito. Together we created a 360 video of a party with dinosaurs.

We began by checking out an ER camera. For some reason, the top of the tripod was stuck at an odd angle. No matter what, we could not alter the position. We removed the top and instead used a flat bounty roll for the camera. We filmed several scenes, some with the lights on and others without. We filmed a couple scenes without us inside my living room. Ultimately we decided to be there without the lights on.

We animated colorful dinosaur assets. We held the command key while moving the dinosaurs with the puppet position pin tool at different spots. We precomposed each composition.

Adding the dinosaurs to the 360 video proved difficult. We installed the Ricoh Theta App, which is a companion app for the camera. The application exports a file from the camera into a 360 format that is flat for Adobe After Effects. We added the dinosaur compositions to the flat surface and scaled them appropriately. While we could have applied a VR plane to sphere to the dinosaurs, we disliked the bulbous appearance.

We used the Adobe Media Encoder to export the video. Even though the minute is only one minute long, the export process took over an hour. The video is in 4K.

We noticed that the dinosaurs that appeared too close to the camera appeared too distorted. My favorite aspects of the video are the moving objects from when we filmed, such as the lights, television, and ourselves. They blend well with the dancing dinosaurs. To shoot our video, we used a lot of props.

We noticed that the head of my dinosaur dancing on my desk was cut off. We changed the scale for this dinosaur and placed some of them further in the background.

Additionally, we masked a dinosaur behind my sofa and animated the movement of the pterodactyl with keyframes. Overall we really enjoy our video!