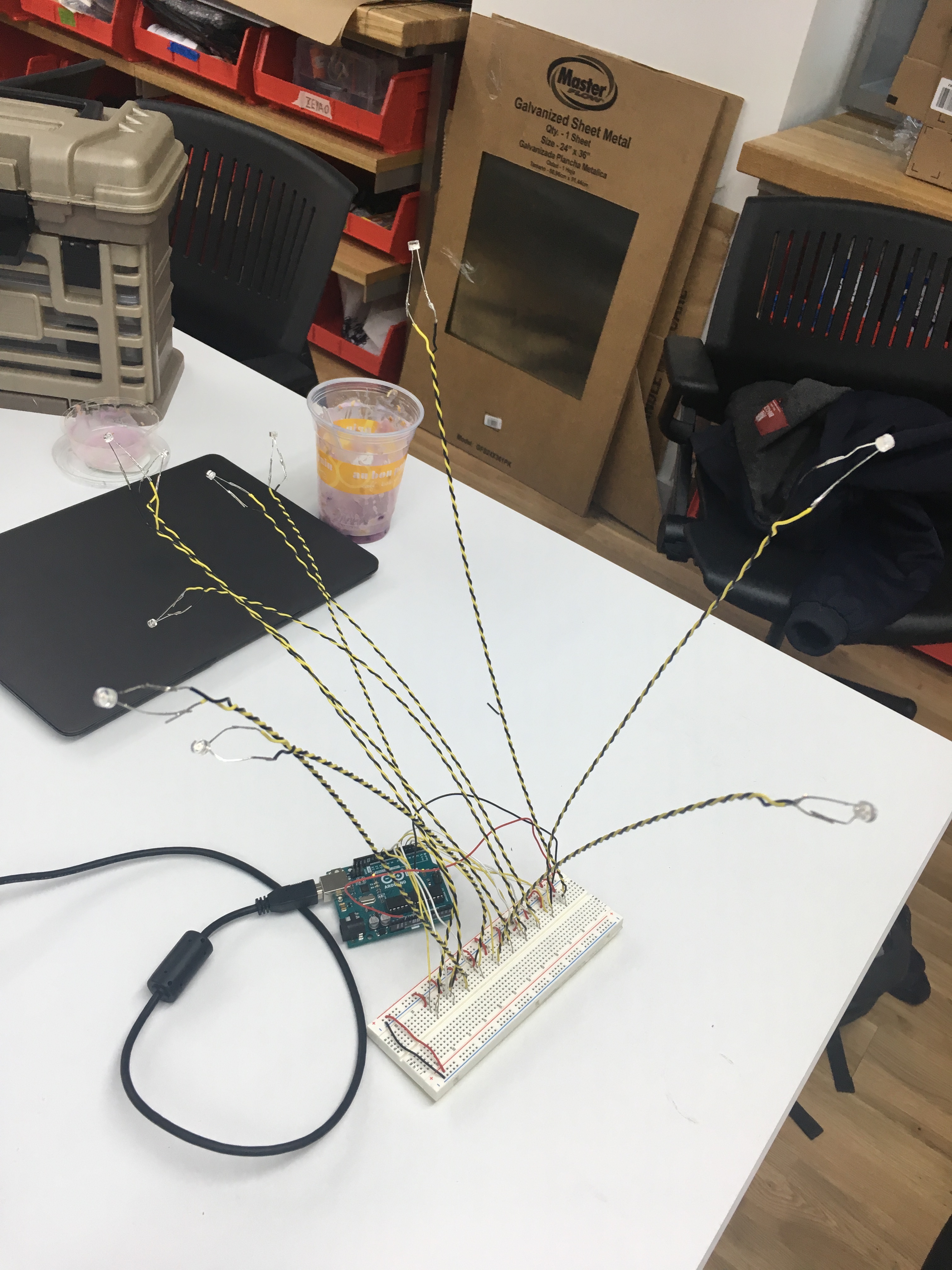 The physical computing midterm project is going well so far. Filmon and I worked on the project Friday, Saturday, and today.

Once we tested and completed our circuit, we moved onto soldering. Initially, my phototransistors did not detect a change of state because I incorrectly placed the wires that connect to the Arduino Uno’s digital pins in the wrong row. Once they were connected to the same row as the resistor, each phototransistor changed states in the presence of light. My partner and I chose to use digital pins because they are more plentiful on the Arduino Uno and the interactive Ouija Board only needs to detect either 0 or 1.

Soldering the wires took a lot of time. Filmon and I soldered the phototransistors from our kit. We drilled the wires in order to keep them organized. The wires are very long, but we will cut them in order to place them inside the rectangular box.

We bought several materials, such as cardboard, a flashlight, and paper cups. The cardboard rectangles will be on the top and bottom. The breadboard will be hidden in the middle. The phototransistors will be placed in each cup. The user will control a flashlight on each word, which will spell out a string that is processed in p5.js. In our initial Ouija Board, we accidentally cut out too many holes. Additionally, we decided to have a start and end on the Ouija Board and a direction that points where the user moves the light.

In my Arduino code, each word represents a number that starts at 0. The strings form questions, which are answered in the p5.js. sketch. For example, 1000101100 translates to “When did you die?” While the string are being successfully converted, I still need to figure out how the state for each phototransistor may be permanently changed. Currently all of the words must be lit up together.