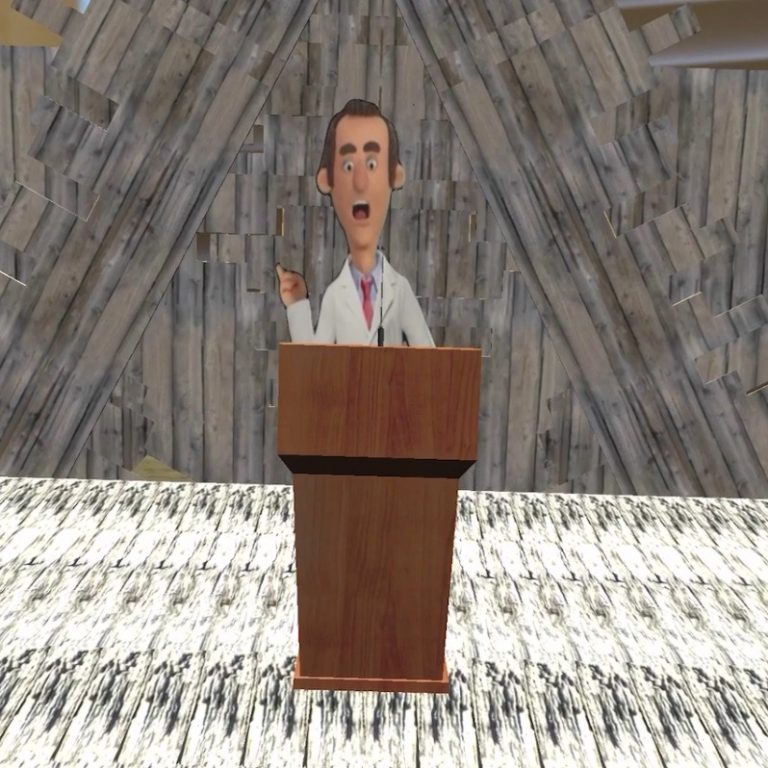 In undergrad, I was a Dean’s Scholar in Shakespeare. In the program, I enrolled in several courses related to Shakespeare and analyzed the works of the playwright in a global and multimedia context. I watched performances in Washington, DC, London, and Stratford-upon-Avon. When I attend a show, I have the greatest experience when I know the play by heart. The problem with Shakespeare is that once you are out of focus, joining the play again is a challenge.

I decided to create three playbills – one history, comedy, and romance. Each one is separated into before, intermission, and reflection sections. Therefore, the viewer may learn throughout the whole experience. Additionally, I tested whether virtual content can enhance retention and learning.

My first playbill is Richard III, a tragedy.

The playbill contains AR static models related to the Tower of London, which may be customized in terms of size and rotation. Every playbill also contains an AR character map that replaces the traditional character list found in playbills.

While my user testers enjoyed the items that explained history, they desired audio.

My second playbill is The Tempest, a romance.

The playbill contains an AR character map and video that explains the main themes of the play. Based on feedback, I chose a stage directly related to a ship from the play.

Students disliked the video the most due to the lack of flexibility and interactivity.

My third playbill is As You Like It, a comedy.

The playbill contains an AR character map and AR buttons that explain four themes: lovers, gender, change, and wisdom. Each button is a short audio clip, which allows for greater flexibility.

Students enjoyed this playbill the most for learning. As the main focal point, the AR component simplifies complex concepts.

My biggest surprise is how AR should not be optional but rather the main focal point. Once you introduce an element in one playbill, the others need to follow. As my playbills became more complex, my users desired 3D models and audio. I found that creating a playbill for a comedy is easier than a history play. A comedy is shorter in time and contains less characters.

My first playbill, Richard III, was tested the most but contained the most basic AR interaction. Being able to create a new playbill from scratching knowing the previous experiences is effective. Based on my testing, As You Like It is the strongest playbill. The AR buttons allow for flexibility, which is an asset when learning. I greatly enjoyed developing the reflection sections, which discuss the context of the plays within history.

I only tested with NYU students. They focused a great deal on the AR elements and not the content itself. In my next steps, I would like to see how my interpretation of the most important parts of each play align with Shakespeare scholars. I would like to pair with a theatre company and develop an educational playbill together.