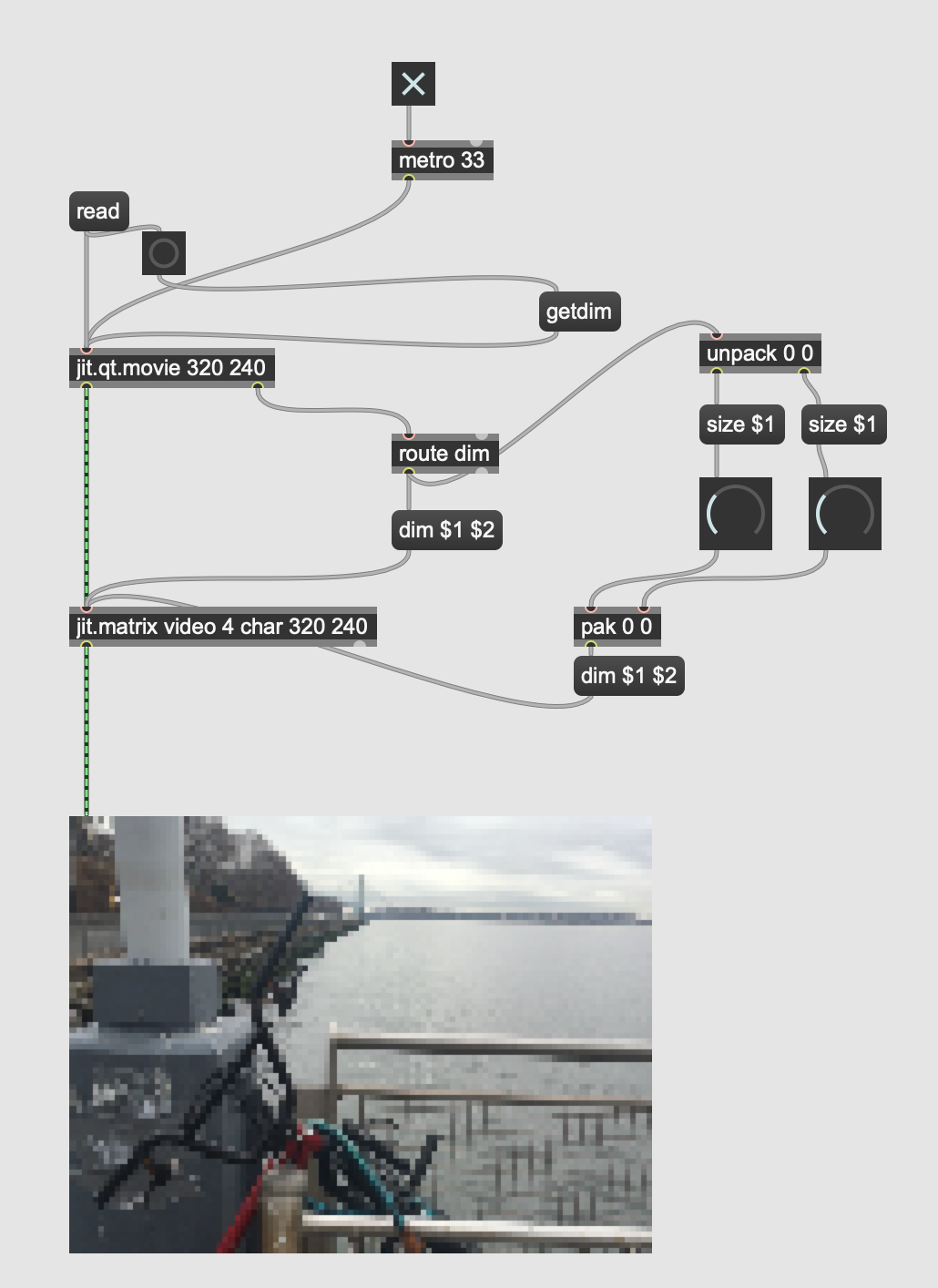 For this week in Live Image Processing and Performance, I began creating my first video playback system. For my first versions, I followed the tutorials that Matt Romein instructed online. I also watched Programming for People.

I understand objects, messages, toggles, buttons, numbers, data types, and the order of operations. I still struggle, however, to remember what the labels mean for objects because they are not intuitive. Additionally, I am still figuring out the difference between pak, pack, and unpack.

I find the matrix to be really interesting. I like manipulating the planes by experimenting with pixelization and creating multiple outputs. I downloaded the class notes from Github and analyzed the different effects that the matrix may produce.

I am drawn to the random color ghost planes, which I found to be the most disorienting. Since the first class, I knew what my first performance would be. I thought about where I shot and stored most of my footage over the past few years. In Snapchat, you can view all of your saved videos. The platform includes the month and length of the video. I would like to download all of my clips, which vary greatly in content.

Snapchat is an interesting platform because these videos were meant for only a very small group of people. The fact that I saved these videos suggests that they represent a great deal of sentimental value. Presenting and editing these intimate clips live will be very interesting. A lot of my clips show me partying with friends, even though I’m not into partying. I’m fascinated with the way in which humans construct digital identities.

For my first performance, I would like the videos to pixelate depending on the audio of the footage. Some of them are much louder than others.

For my video playback system, I set my movie to 320 by 240. I used getdim to get the video dimensions, which I passed to the movie. The dimensions are sent to the matrix, which are then controlled by two dials for the X and Y coordinates. I would like the pixels to change depending on the audio of the videos. I researched gain and meters, but I am still figuring out how to manipulate audio. For my first performance, I would also like to control how many Snapchat videos appear on the screen. Perhaps they appear and disappear quickly. For some of my videos, I already added a filter to change their appearance. I’m not sure how significant manipulating the color would be.