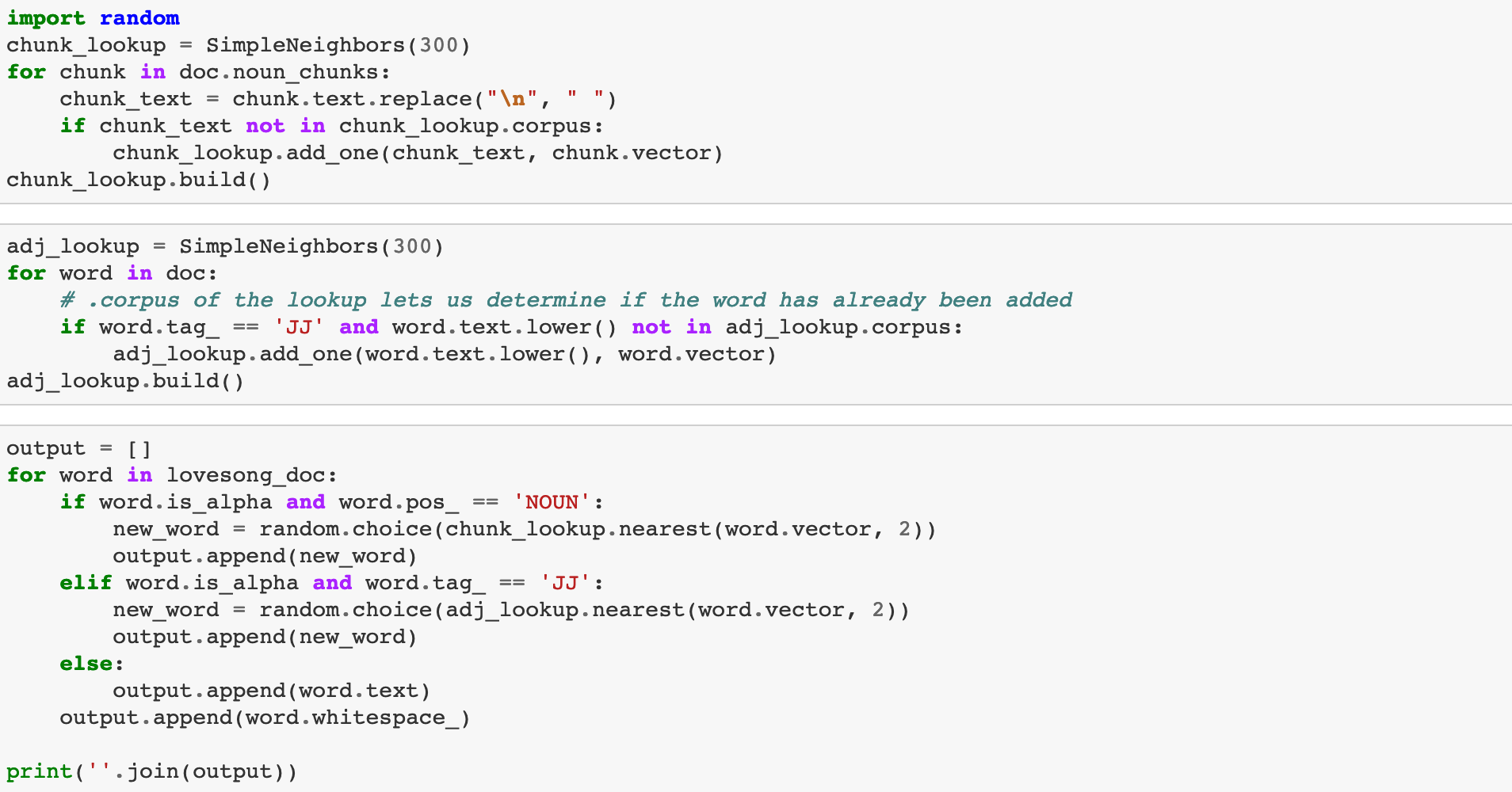 The Love Song of the Prince of Denmark

For this week in Reading and Writing Electronic Text, I created a digital cut-up from scratch. I incorporated outside information based on syntax and semantics. I replaced parts of The Love Song of J. Alfred Prufrock by T.S Eliot with parts of Hamlet. I utilized only the lines spoken by Hamlet, which I found in an open source project. I chose the poem because Prufrock compares himself to Hamlet and then dismisses his importance. Similar to Hamlet, Prufrock is unable to act. Instead, they spend their lives analyzing every decision until their deaths.

In my version, I utilized noun chunks and adjective lookups. The words and phrases from the tragedy fit the tone of Eliot’s poem. I found the existential output to be very fascinating. The poem contains references to doors, arguments, and winter. All of this information is logical based on the original material. I set the word.vector value to 2. I noticed that if the value was too high, there would be a great deal of grammatical errors. While the output still contains some errors, I found the flow of the piece to be really remarkable.