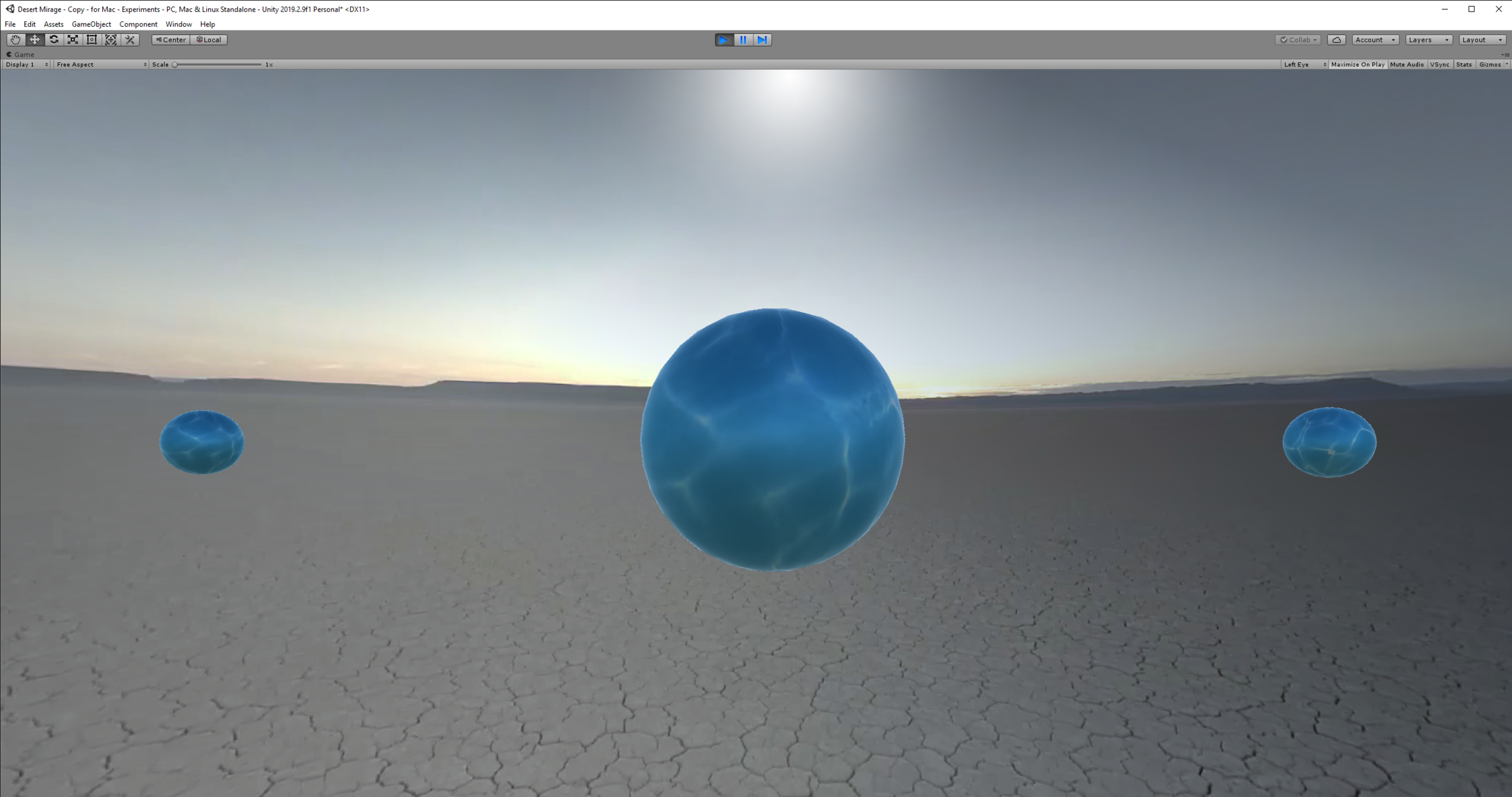 For my third week in animation, I collaborated with Tundi to create a virtual reality experience.

We first began by storyboarding. We desired to create a VR experience in which the setting is a 360 video. The user views objects, which activates them to perform interesting actions. In order to perform this task, we implemented a racycast and attached the script to our unity project.

Tundi and I created various ideas for the project. We originally planned to create a meditative VR experience with a minimalist setting. After our meeting with Gabe, however, we decided to create a more engaging scene. A lot of 360 videos we found were far too hectic, which inspired us to utilize a desert video. In the desert, the user needs water and is hallucinating. Assessing human need in virtual reality is a very powerful story.

When we attempted to find the 360 video, we used Youtube but the company changed their policies. They implemented a restriction against downloading 360 video by changing the dimensions so that they do not fit in the unity developer. We downloaded the setting from a free link elsewhere. We dragged file to a sphere that the user resides in. Additionally, the camera is inside the sphere. Initially the video only played on the outside of the sphere and not the inside, but we used a shader code to solve the issue.

In the next step, we checked out an Oculus from the ER to pair to Unity. Unfortunately, we had difficulty with the pairing. The Oculus was signed into a student account that we could not log out off so we decided to do our project in the VR lab. The fast-processing computers helped a lot with our editing.

One of the most challenging parts of the project was the code. I don’t have experience in C#, but I noticed that a lot of the skills I developed in computational media applied. I created a raycast object that triggers certain actions in the spheres when they collide, such as playing with the size of the spheres and the audio.

We created spheres with the GameObject and spaced them out evenly over time. A lot of the spheres were not leveled, but we changed their orientations so that they all matched. I created a plane, which I later removed because the 360 video of the desert offered a nice ground for the user. I found experimenting with virtual reality for the first time to be fascinating because I had to analyze the space of the room, the movements of my users, and how they may react. We originally had a colorful space themed video, but the movement was too quick and became very nauseating. We changed the material of the spheres to appear like moving water. The video lagged due to all of the videos being played, but we reduced the size of the videos. We added the word “MIRAGE” on top and implemented a particle effect.

Throughout the project, Tundi and I continuously user tested. One of our critical questions is whether or not virtual reality may be a meditative experience. I believe that the technology may be with the proper skill, but for the most part I found virtual reality to be too distracting.