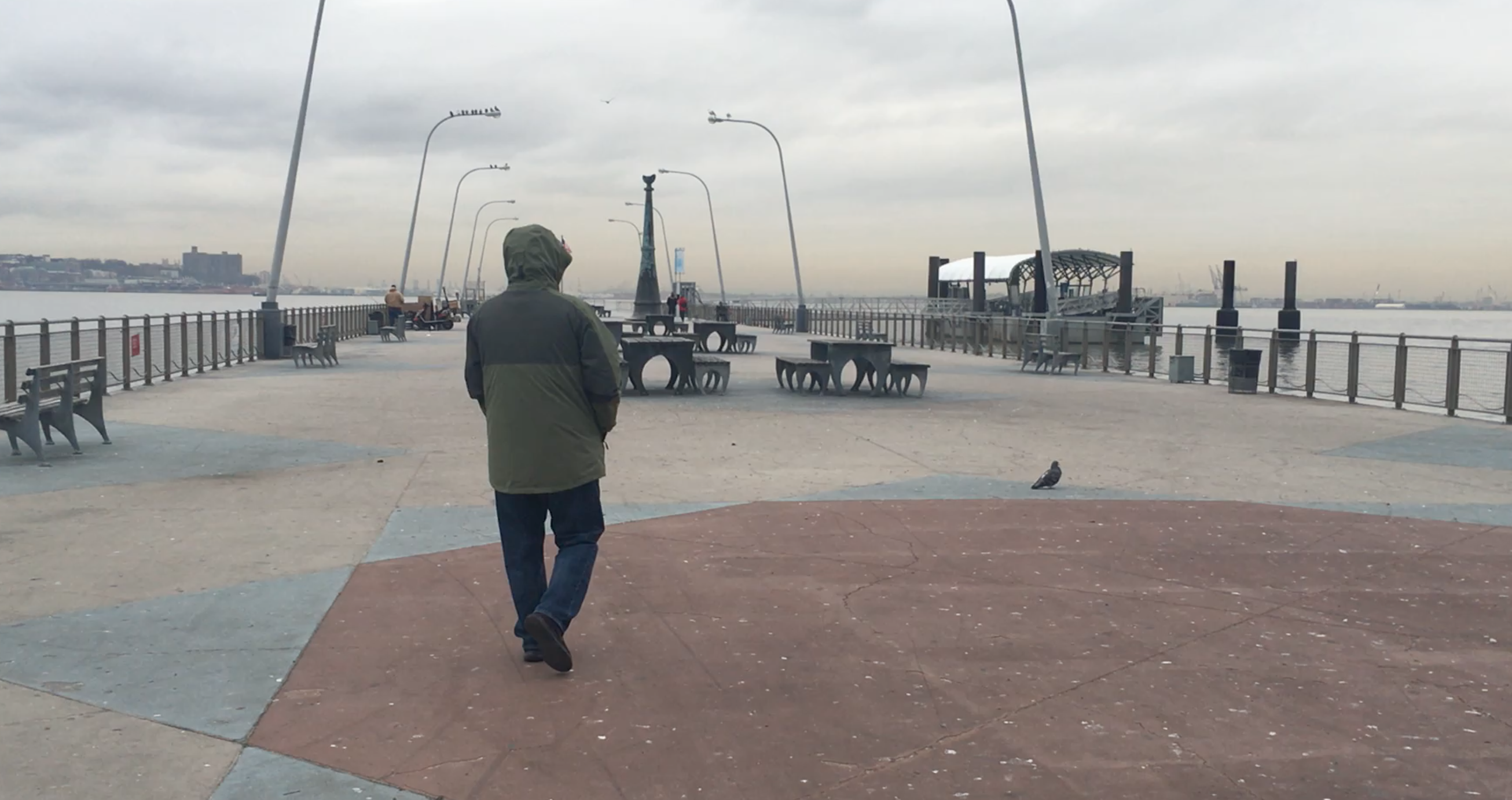 For my first week in Live Image Processing and Performance, I shot footage over a span of three days. In total, I shot 30 clips. They are highly serendipitous. I attempted to convey different lighting and texture based on contrasting environments. My house is next to a park and a pier. My clips are either in nature, by the water, or in an urban environment.

In the park, I shot footage of scenes I found to be peculiar. For example, I filmed a stone surrounded by caution tape or a water fountain that does not work. I filmed trees that contrasted with the cloudy sky. Sometimes I filmed myself walking. When I filmed the tree branches, I spun around in an experimental manner. My other techniques included slow zooms and pan shots.

The American Veterans Memorial Pier is my favorite spot in New York City. I went on a Friday and therefore my scenes are very empty. I shot the water, fishermen, and the 9/11 vigil. I planned to go on the ferry and film with my cell phone, but the next boat was 40 minutes. Instead, I took the subway to Manhattan to meet my brother.

The coding lab hosted a live performance by Jason Snell who controls audio with brainwave technology. I plan to incorporate this clip in my performance. Finally, I filmed scenes at night. For example, I shot footage of the subway, my cab, and my friend’s performance. My favorite scene is when two subway cars are traveling side by side. My clips are simple and largely deal with movement. I enjoyed perceiving my surrounding in a critical lens.

Link to the separate clips on Google Drive: https://drive.google.com/drive/folders/1GOFEmLG4V3w9aJzPIVQNeQ-F2jEwO4hK?usp=sharing