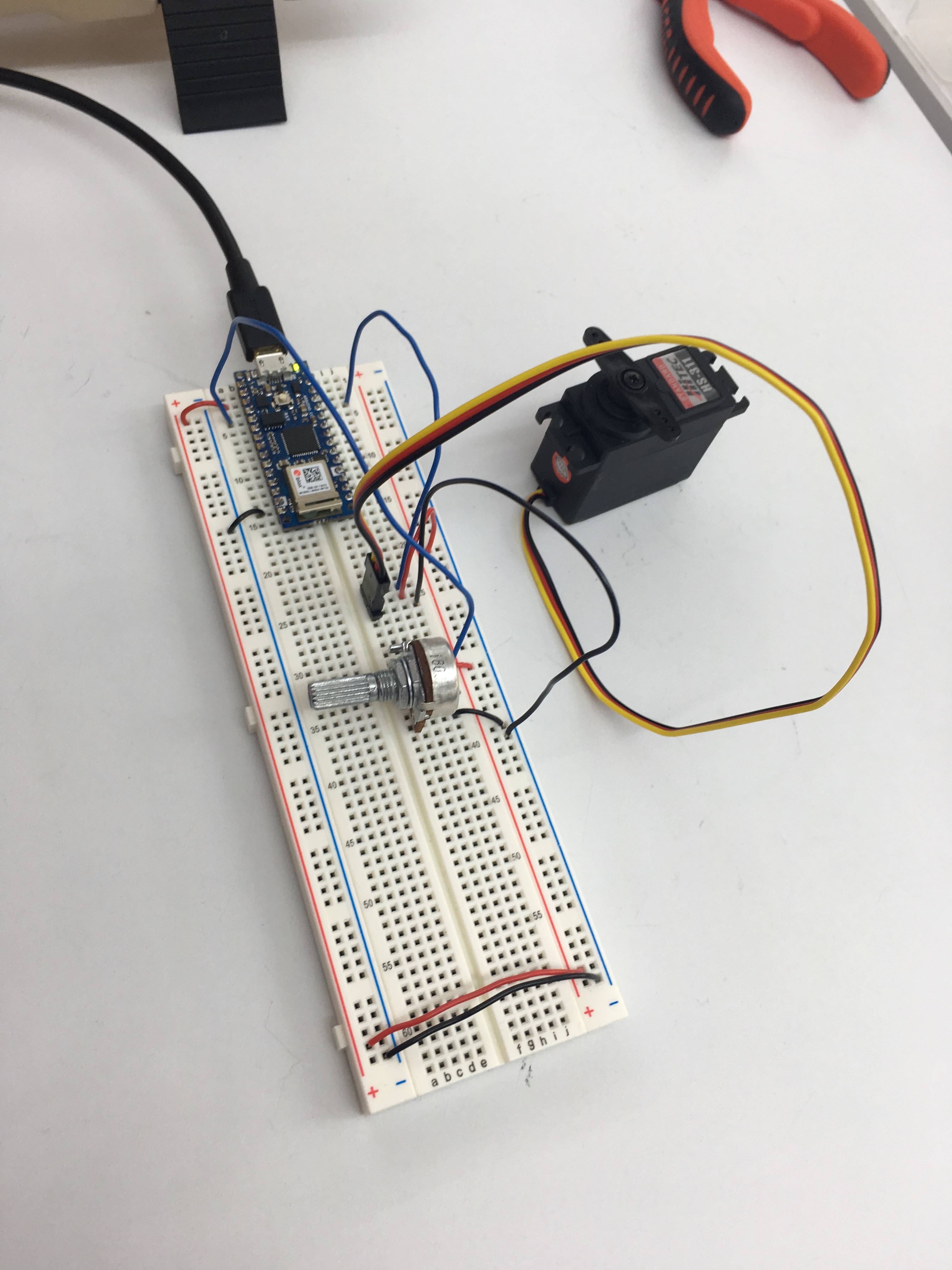 For the Week 4 labs, I first experimented with a flex sensor because I haven’t done so in the past. In my demonstration, the flex sensor is connected to A1. The LED light is connected to pin 9 of my Arduino Nano. The bottom of my flex sensor is connected to ground and a 220-ohm resistor. The brightness of the LED light ranged from 0 to 255. For some reason, the light would turn off each time I pressed the flex sensor rather than the other way around. I spoke to a resident, but we could not figure out the issue. Additionally, I had a lot of difficulty with the LED light because the wire connecting my Arduino Nano to ground was severed. By using a multimeter, I detected the absence of voltage and resolved the issue.

When I began to think about the creative abilities of a servometer, I visited the junk shelf for inspiration. I found a wooden circle and markers. I immediately began to view the servomoter as a clock dial. I would think of an hour and carefully change the dial with my potentiometer. In contrast to a digital input that changes from only one state to the next, an analog input shows a range of options. In the future, I would like to design a project in which students control a giant clock with a potentiometer. A time would appear on a monitor and the users would have to move the dials of the clock as soon as possible to match the time. There would be several levels and the users would need to beat all of them within a limited period of time.

I downloaded a Super Mario theme, which I successfully played on my speaker. I only needed to change a few pin numbers in my Arduino code.

Lastly, I tried soldering for the first time with a potentiometer. I found soldering to be a lot easier than I imagined. Each wire is inserted into a hole. I am excited to see what possibilities I will be able to create at ITP.