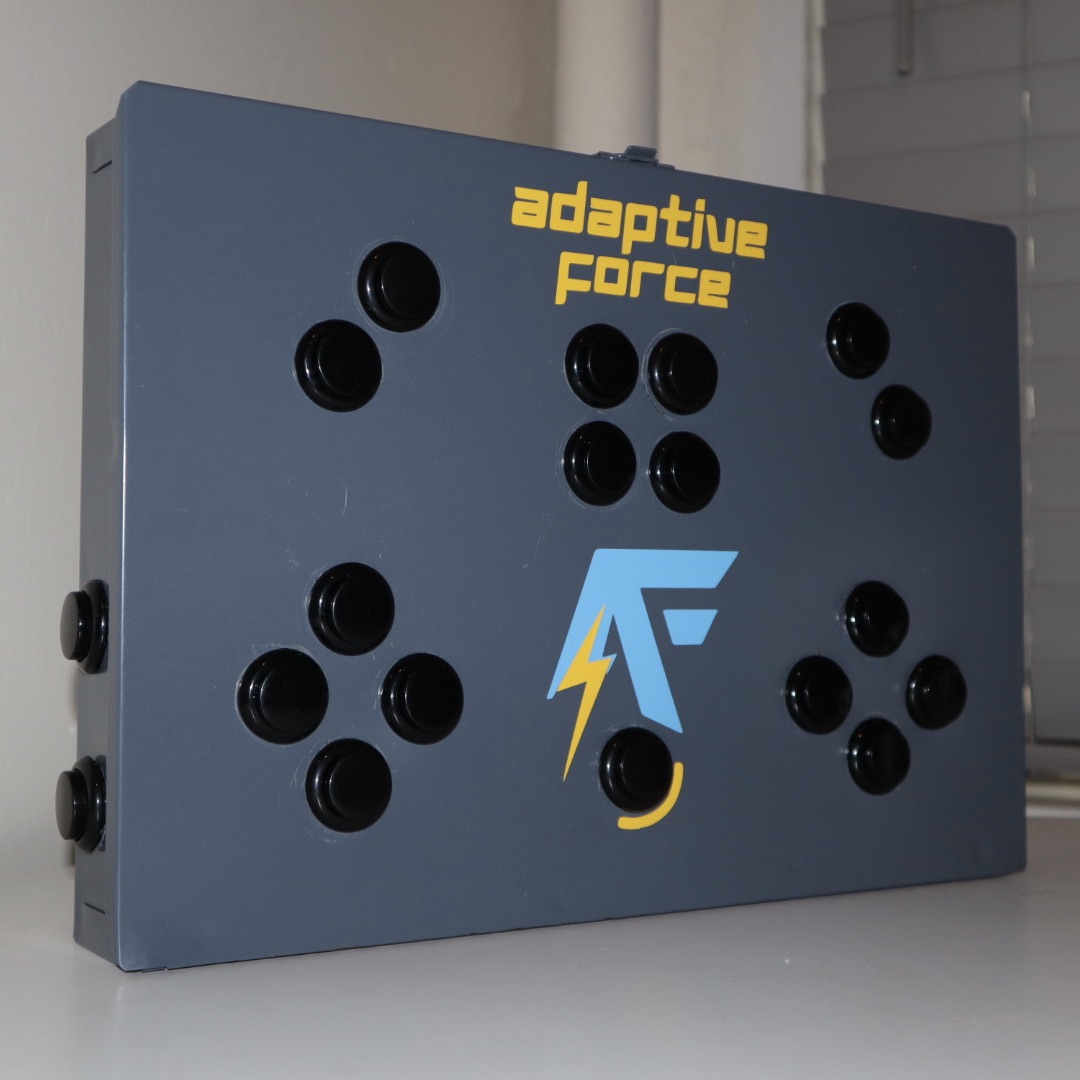 In Spring 2020, a team of researchers at New York University partnered with a client in the accessible gaming community to develop an Xbox video game controller. The team consisted of Nick Grant, Zane Sicadsicad, Saki Asakawa, and Jose Hernandez. In my role, I served as the lead designer and fabricator. Together, we developed the device by designing a layout, creating the enclosure, and producing a website that shares our findings for the greater accessibility community.

Step One: Layout of the Buttons

My group designed the layout of the buttons with our client Jose by collaborating live on Google Draw. Each button on our adaptive controller correlated the buttons on the traditional Xbox controller. Jose desired 17 buttons on top and two optional buttons on the sides. We decided to create an enclosure that houses the Microsoft Adaptive Controller inside. Our client also desired a box that allows the user to open and change the wires inside.

While designing the box, my group also prepared all of the material. The device consisted of an Xbox adaptive controller, metal enclosure, 24mm buttons, wires, and a step drill bit. We chose metal in order to ensure that the product would be durable long-term. For each material, we ordered extra parts in case anything broke during the process.

I created a layout in Illustrator, which we laser cut on cardboard. Afterwards, I placed all of the buttons inside the holes and checked to see that the Microsoft Adaptive Controller fits inside the size. We presented the prototype to our client on Zoom, which he approved.

We stripped each wire and the connected positive and negative wires to the buttons. We carefully soldered 17 buttons and created four extras. Additionally, we marked each wire with the respective button. Each time we soldered a button, we tested the device on a PC.

We placed the buttons inside according to the original layout and tested the box again.

We created a final logo in Illustrator based on the conversations with our client, which we added to the final box. We uploaded the files to Roland CutStudio, a software that connects to the vinyl cutter. Finally, we shipped the box to our client for user testing. He approved the adaptive controller.

To learn more about the team, please read the guide on the website that we developed.

The guide has been shared with the greater accessibility community on the Quad Gods website. The organization is devoted to highlighting and integrating competitive gaming players with disabilities.