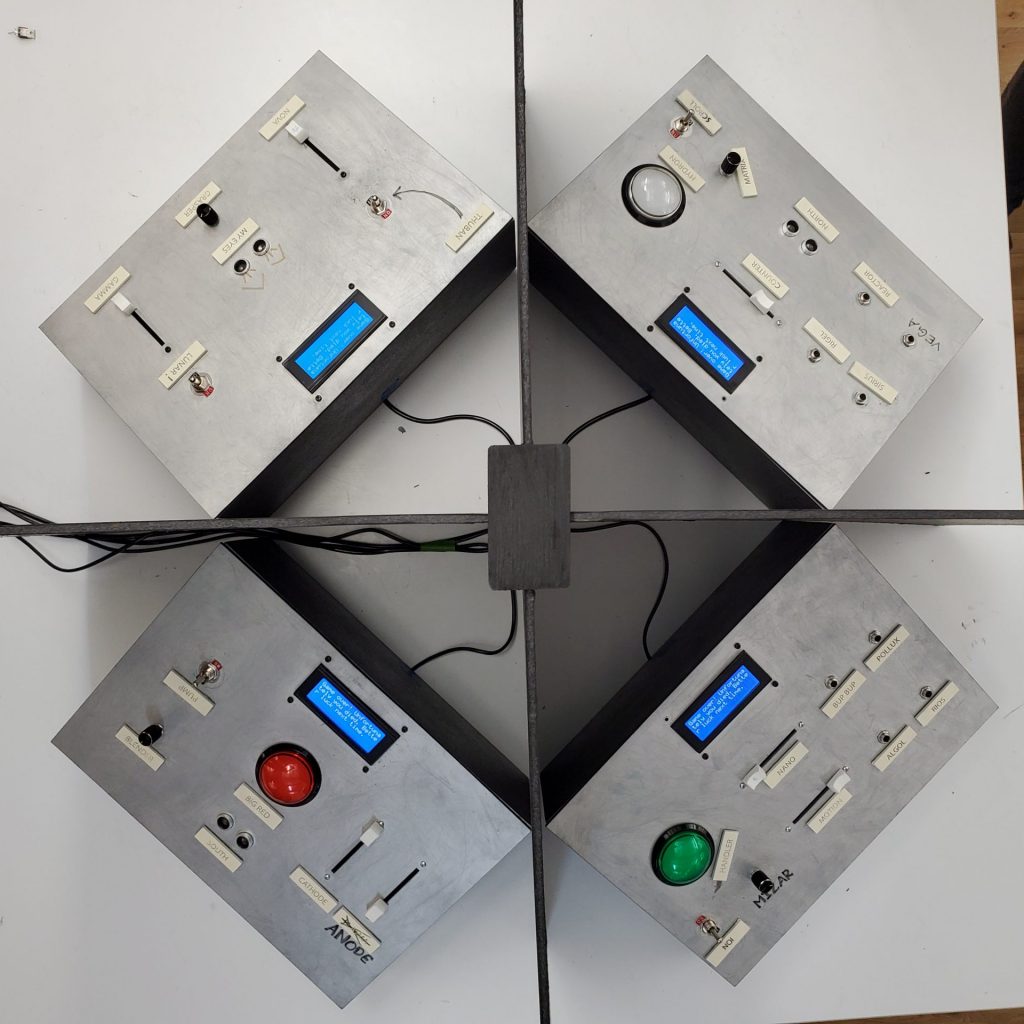 Link to the Github repository: https://github.com/nickgran321/death-is-imminent-but-have-fun When transforming our paper prototypes into the final version, we first tested all of our parts. Our project consisted of several different components, such as LCD screens, sliding potentiometers, rotary encoders, ultrasonic sensors, toggle switches, and arcade dome buttons, mono jacks, and mono cables.  When testing our components, we […] 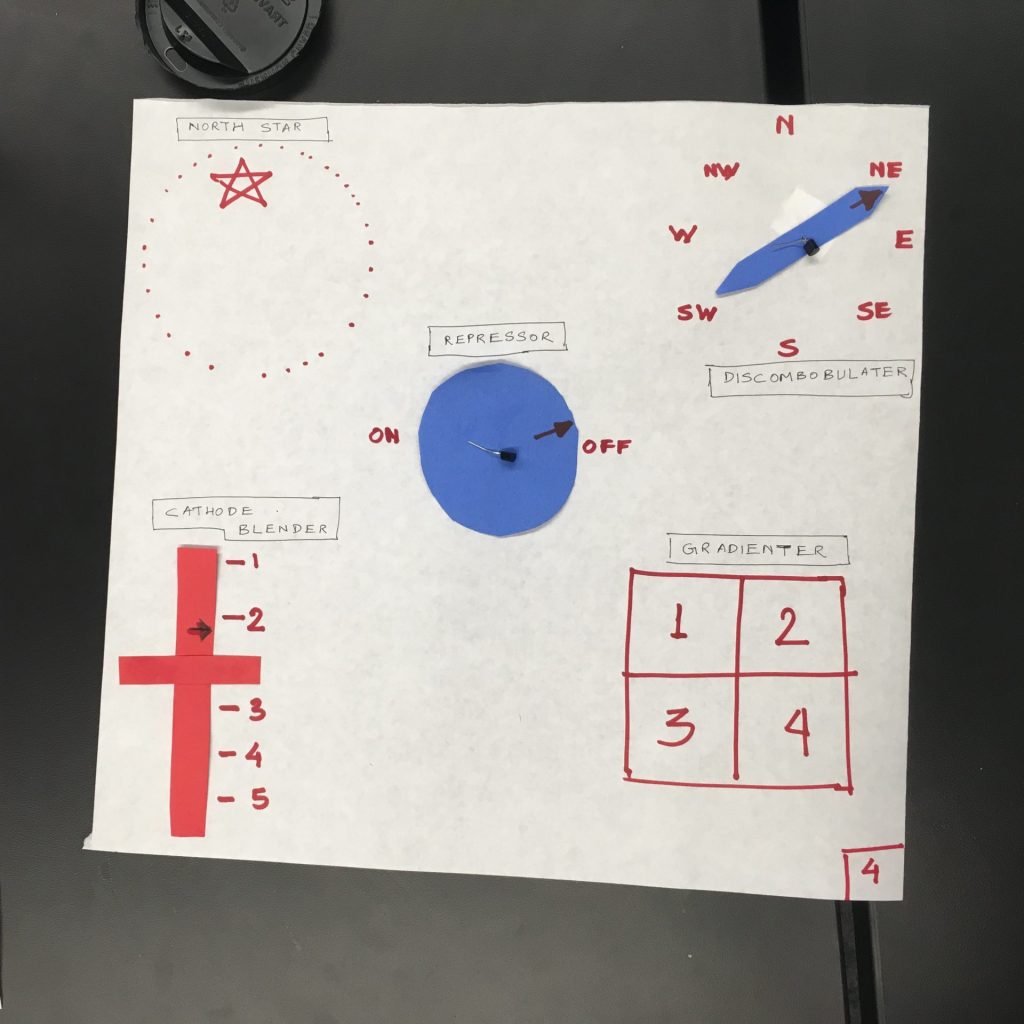 During this week in physical computing, my group performed more user testing. Unlike last time, my group formed a set of instructions that the user follows. In doing so, we were able to detect which actions were performed correctly. Additionally, we filled out questionnaires with our users afterwards. We discovered interesting insights, such as how […] 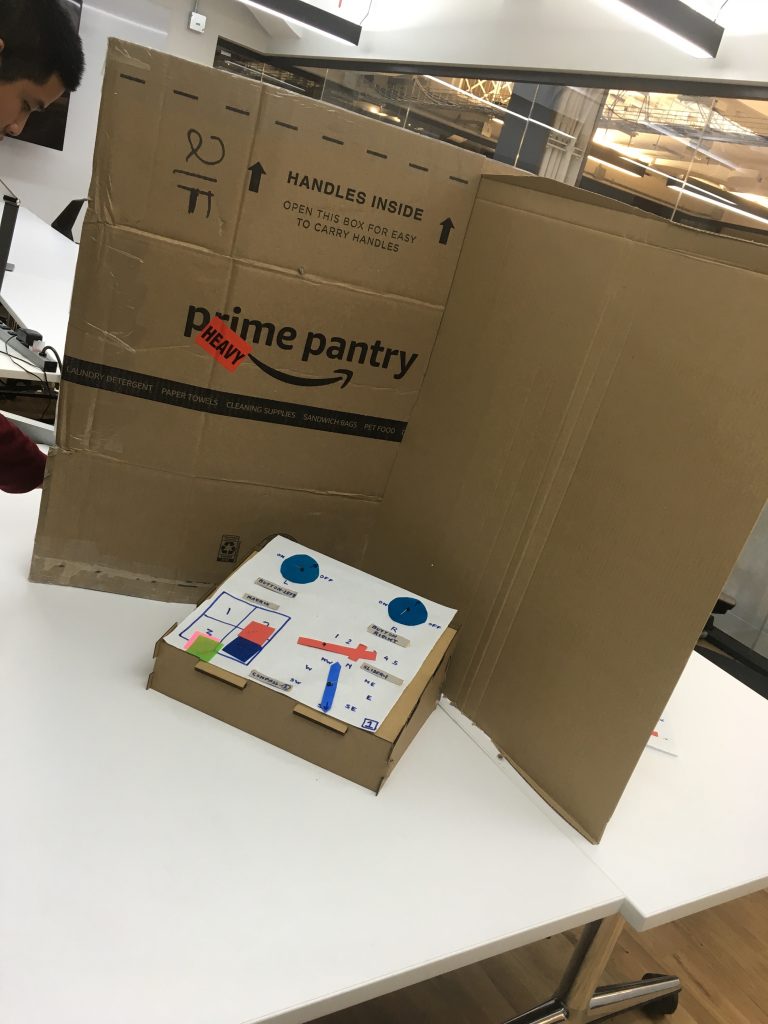 For this week in physical computing, my group created a plan to user test our project. We first began by creating a mock-up of our consoles. Paulami and I created four interfaces. Each one contained elements that are similar to our final product. For example, the consoles contain pushbuttons and sliders. We also implemented a […] 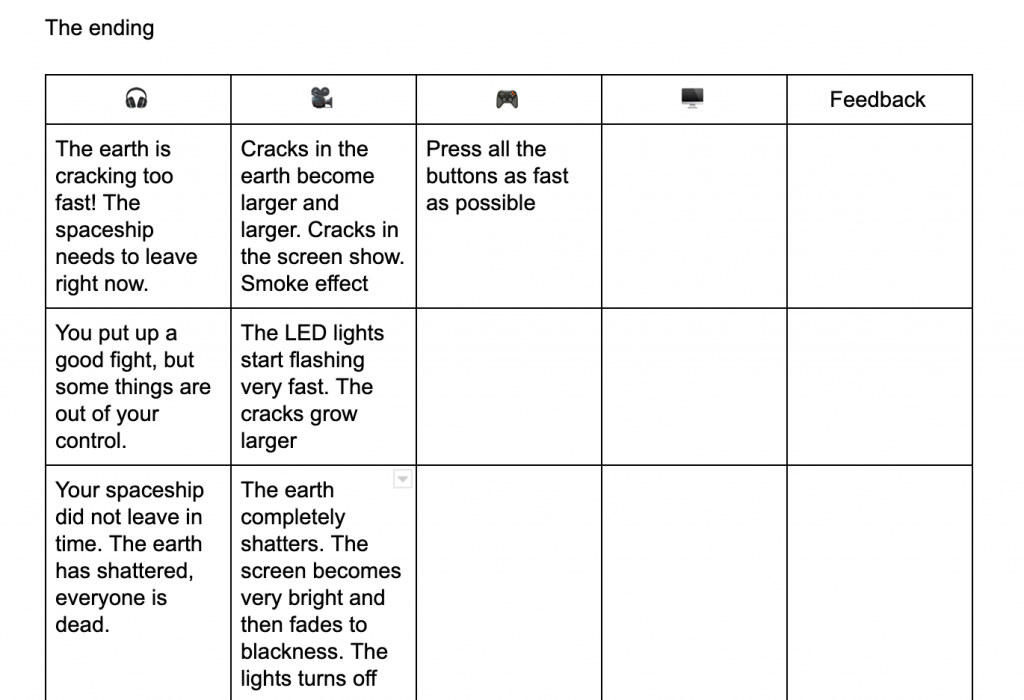 For my final project, I am working with Tito, Paulami, and Mingxi. We are developing a game in which users must coordinate with each other to save a defective spaceship. The spaceship must leave Earth, which is cracking due to climate change. Each user will be in a separate booth, but they must coordinate with […] 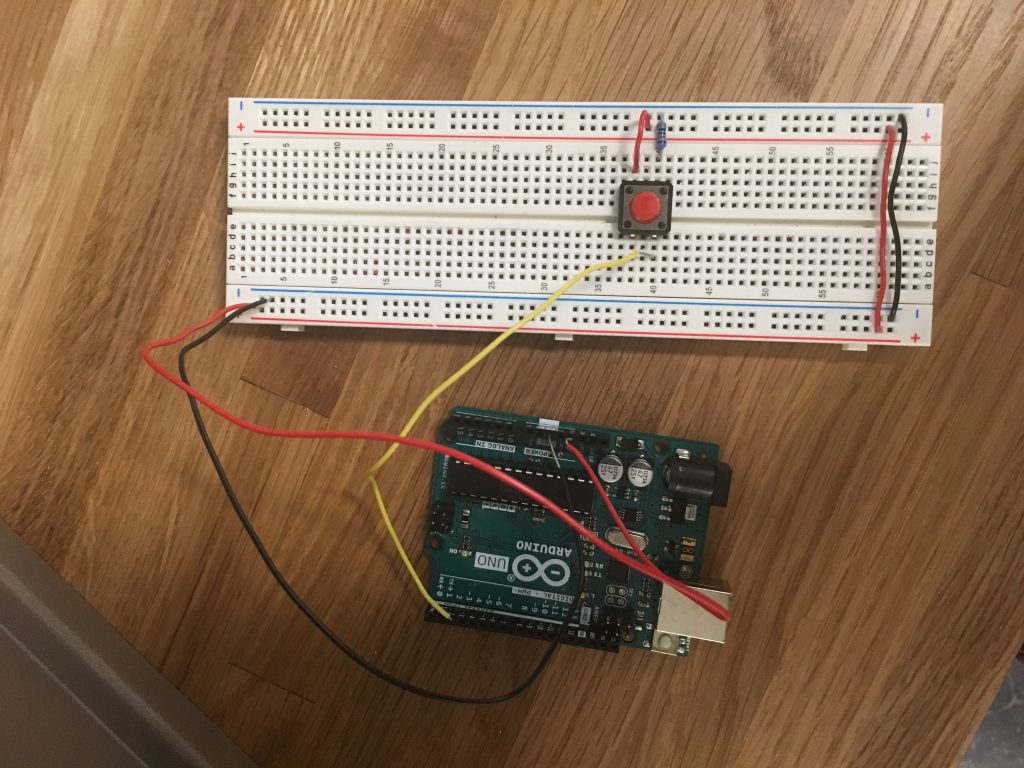 For this week in physical computing, I completed my cat button! I connected a pushbutton to one of my previous p5.js sketches. In my Arduino code, I created four if statements that track the state of the button. I serial printed “x,” which is read in my function serialEvent in my p5.js sketch. When the […] 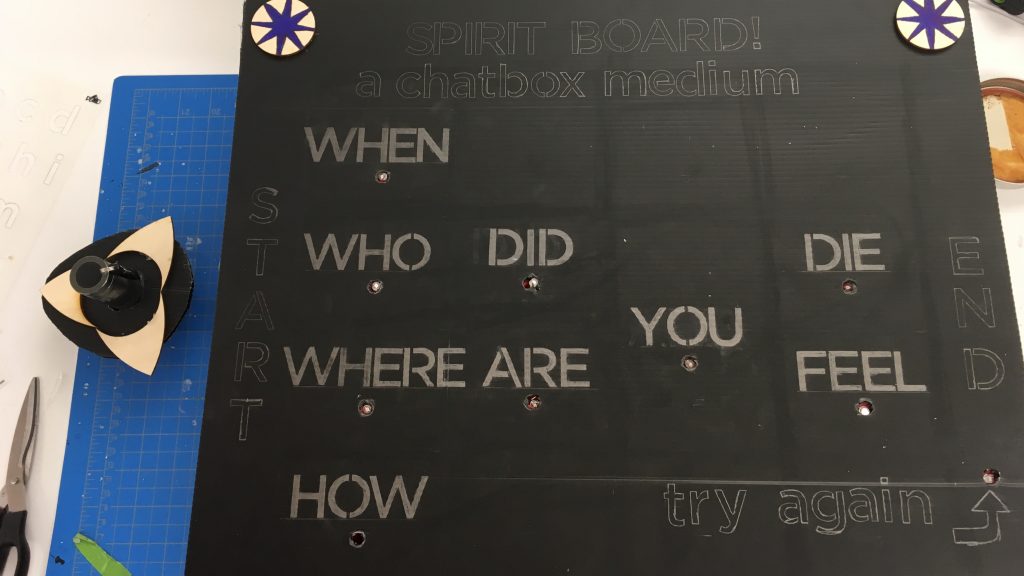 Filmon and I completed our midterm! After many long days on the floor, I can safely say that our project is finished. We created the cardboard box with glue. The words are made with stencils. The back side of the box is open in case we need to adjust wires before our presentation. I noticed […] 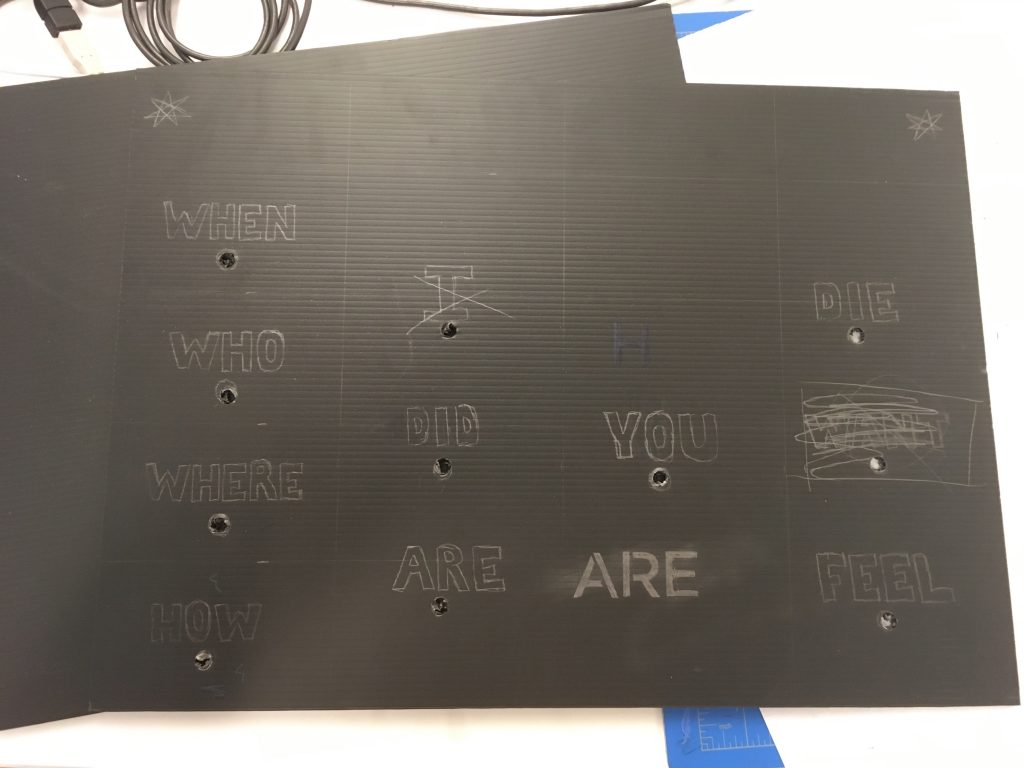 On Monday Filmon and I completed our code and began our final fabrication. Debugging took a long time, but I learned a lot throughout the process. Our original Arduino code did not include arrays. We created questionsArray[], which contains all of the items for our pins. Then in our for first for loop, all of […] 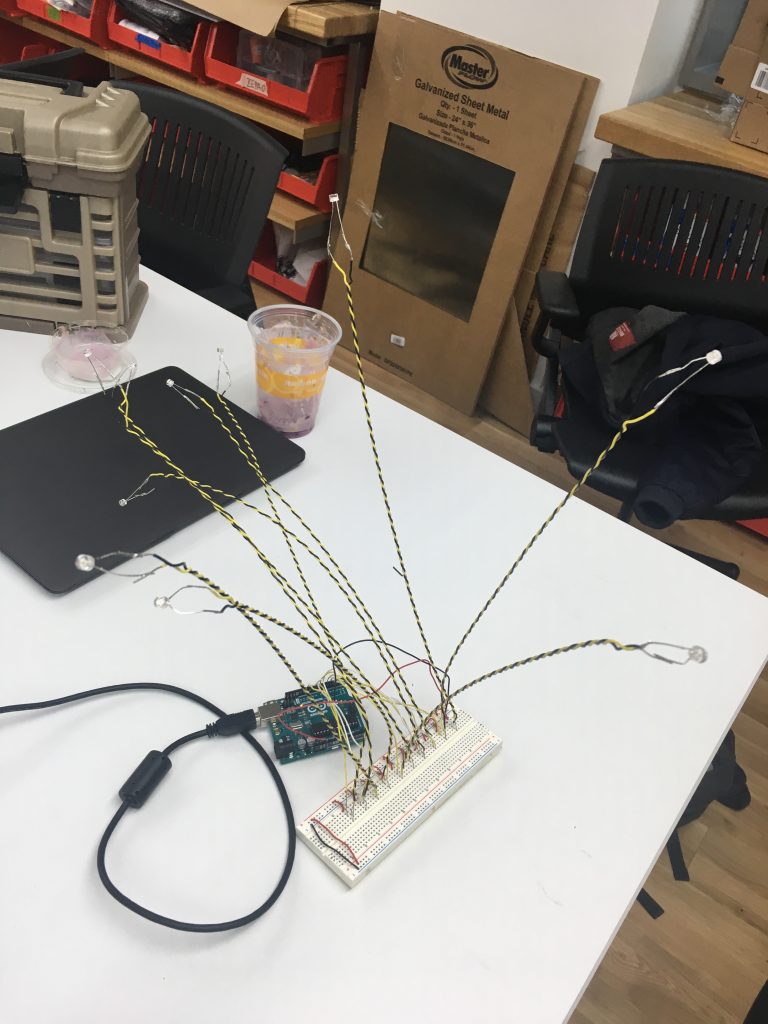 The physical computing midterm project is going well so far. Filmon and I worked on the project Friday, Saturday, and today. Once we tested and completed our circuit, we moved onto soldering. Initially, my phototransistors did not detect a change of state because I incorrectly placed the wires that connect to the Arduino Uno’s digital […] 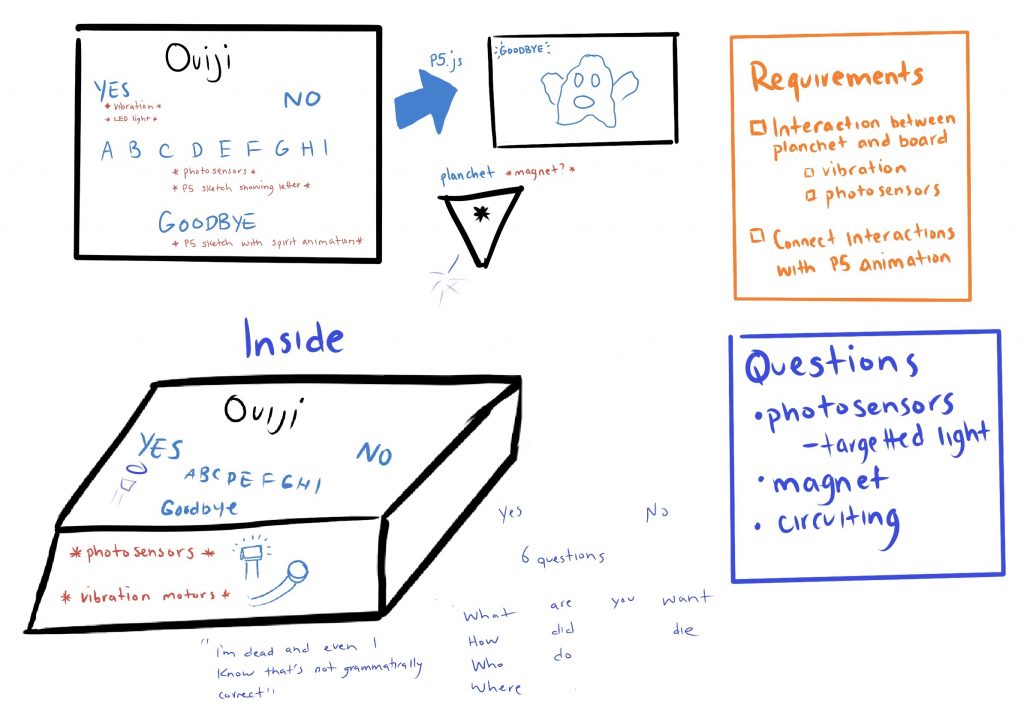 Filmon and I finalized the idea for our midterm. Before we desired to have an alphabet on our Ouija Board and have each letter appear on a monitor based on phototransistor activation, but the user may not be able to understand how the system works. Instead, we are going to create a chat bot in […] 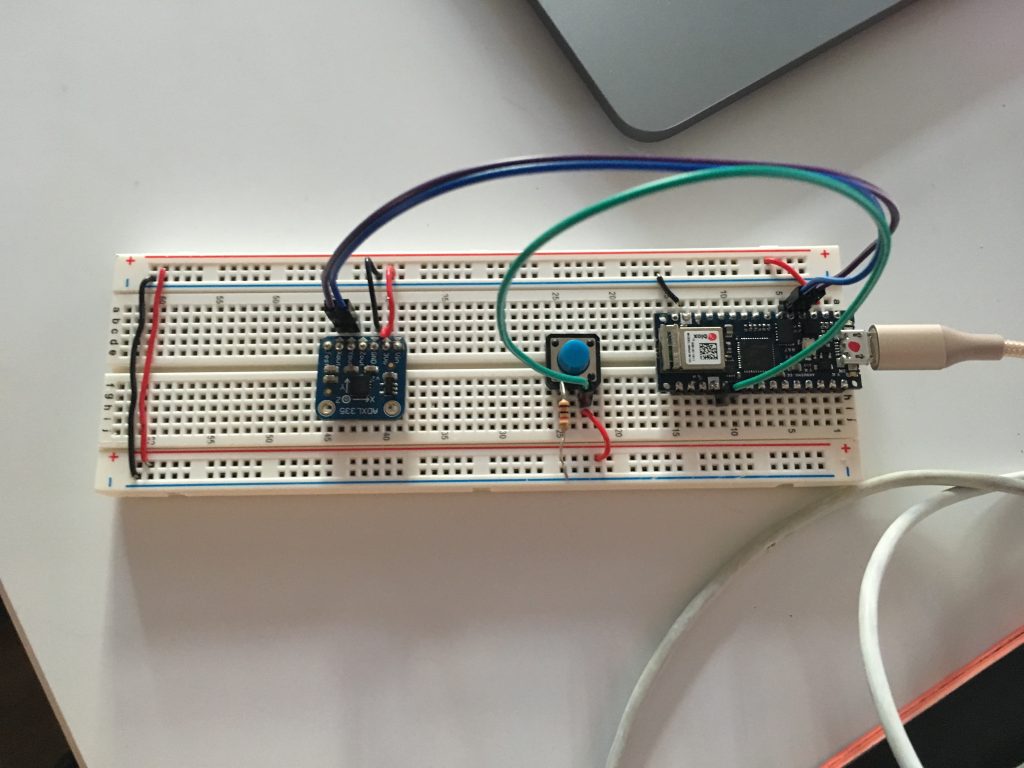 For this week in physical computing, I completed the labs with Martin and Patrick from our class. While I have performed the previous labs on my own, I enjoyed working in a group. Whenever we had issues with debugging, we bounced off ideas from each other. Additionally, physically speaking to students helped reinforce the concepts […]