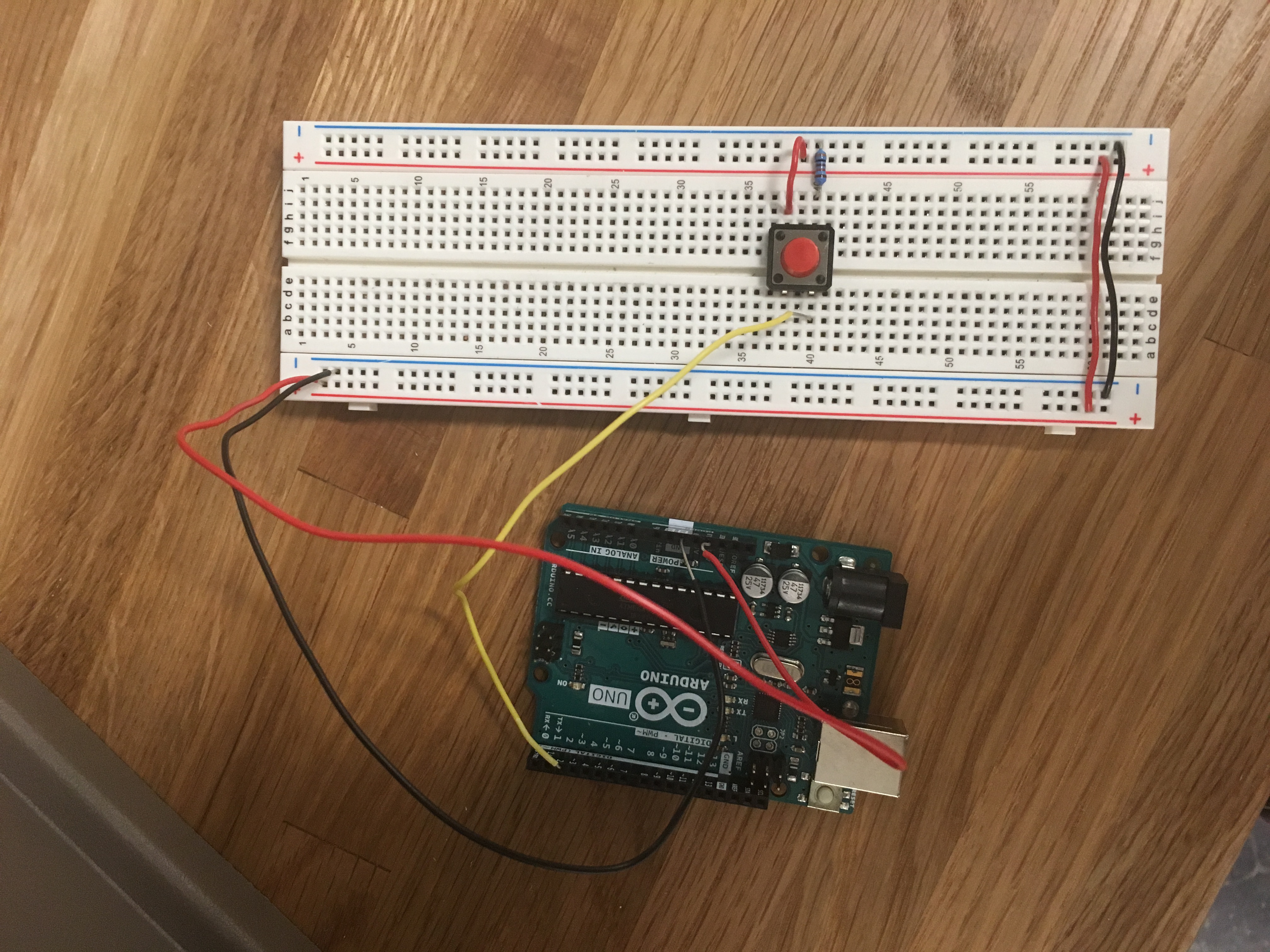 For this week in physical computing, I completed my cat button! I connected a pushbutton to one of my previous p5.js sketches. In my Arduino code, I created four if statements that track the state of the button. I serial printed “x,” which is read in my function serialEvent in my p5.js sketch. When the p5.js. sketch receives the data, my function changeBackground is executed. I noticed that when I printed “change the state of the button” from my Arduino code, the background would change too quickly when I pressed the button because the value is longer.

For my final project, I am working with Paulami and Tito. We brainstormed a lot, but ultimately decided on one concept. The title of the game is “Death is imminent, but have fun?” In the game, the earth is breaking apart and all of the humans have evacuated using spaceships. The user and his/her team members are the last ones left and must leave as soon as possible. The team tries to start the spacecraft, but the machine is defective. There is no winning in the game, but the team cooperates to survive for as long as possible.

For the game, four users would be in separate booths. They would have to inform each other of their next steps in order to survive. For example, player one may shout “turn the blue switch on,” which is in player four’s booth. Player three may yell “turn the dial to 5,” which is in player two’s booth. The users will all be communicating with each other as they complete specific tasks together. There would be several levels, each one becoming more difficult. The tasks will become more complicated and the timer will be shorter and shorter. In a separate monitor, the users will be able to see the progress of the earth breaking apart. The interactions that the game will incorporate include the following: