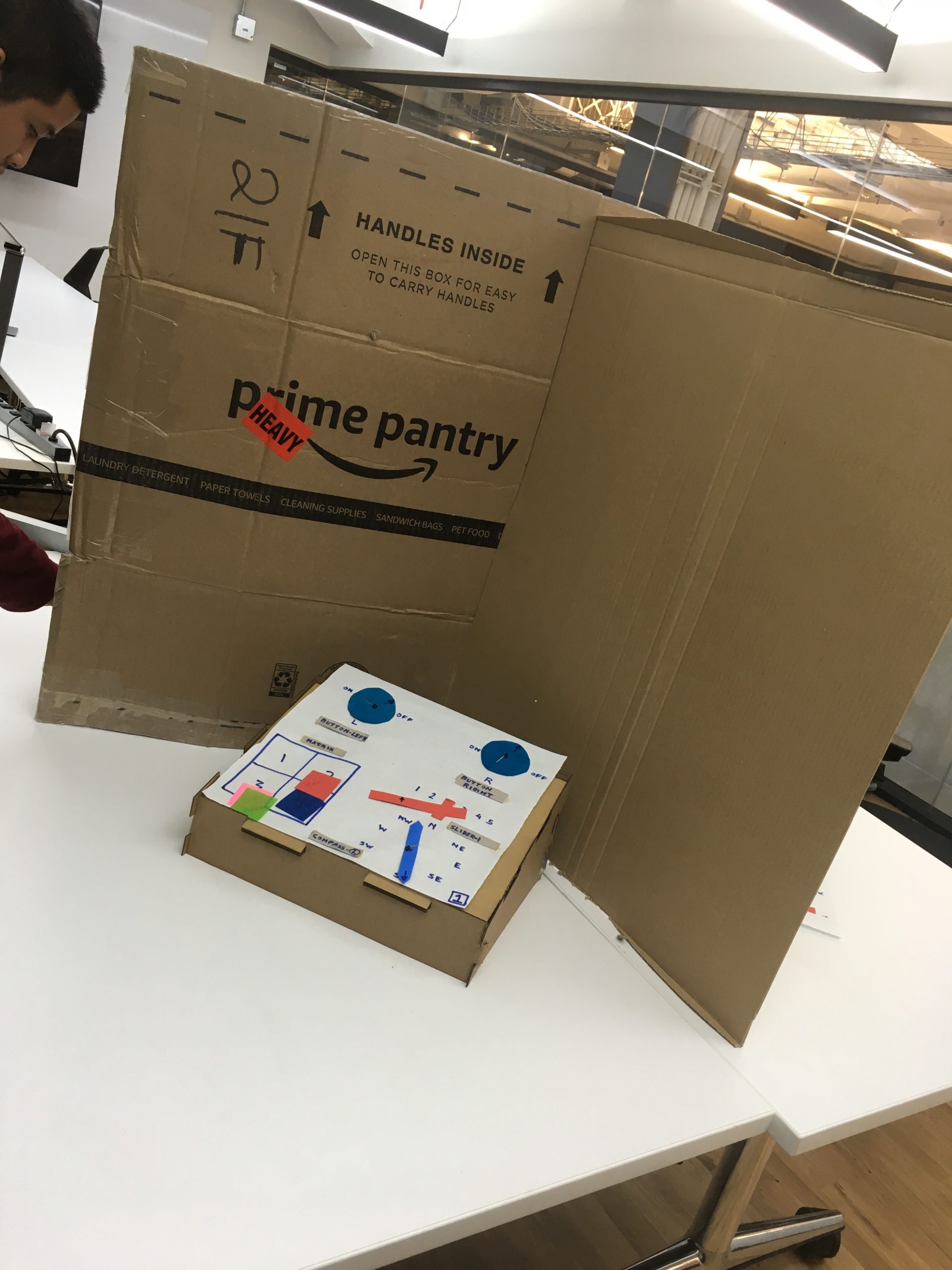 For this week in physical computing, my group created a plan to user test our project. We first began by creating a mock-up of our consoles. Paulami and I created four interfaces. Each one contained elements that are similar to our final product. For example, the consoles contain pushbuttons and sliders. We also implemented a compass and square colors that are placed on certain numbers. In the final version, we hope to have the user place wires in different holes in the correct order. No two labels repeat.

Tito and Mingxi created the cardboard layouts for the consoles. We divided the consoles with long pieces of cardboard and began user testing with four players. In the test round, we gave the user a random direction to follow. We created as many possible directions for each console. Then, the users in our test interacted with our console layouts to complete the random tasks within a given time frame. The users could not see each other, but successfully spoke loudly to communicate the actions.

We gave the user an introduction of the backstory, but we did not specify the directions. While we enjoyed watching the viewers identifying the game mechanics and the best way to cooperate in order to fix the defective spaceship, they were initially confused. Our time for each round ranged from 15 to 30 seconds. We would like the first round to last about 30 seconds, 25 seconds, 20 seconds, and then decrease by only one second. We plan the game to last for about 3 minutes. The game may be designed with the intent for the users to only place two or three times.

User testing for the game proved difficult. Since the users are speaking to each other, we did not time how long each individual takes to complete the directions or if they are completed correctly. We noticed that overall our rounds lasted about 15 seconds, but we need to identify the average time a user takes to complete a direction. We would desire the game to become more difficult as the amount of time to complete each direction decreases. In our next user test, my team seeks to use a worksheet with prepared directions. Our team will know which actions are completed by each individual player beforehand, which will allow us more insight into the gameplay mechanics. We strive to remain as silent as possible in order to acquire the most accurate results.